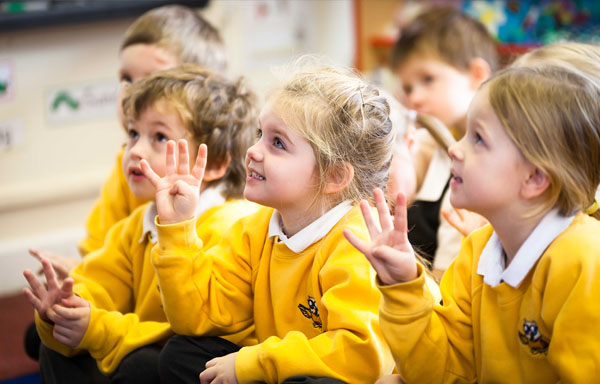 On December 14th 2017, the then Secretary for Education, Justine Greening, launched the Social Mobility Action Plan, championing a new, comprehensive approach to combatting social mobility, including the employment of a national strategy while allowing for tailoring across areas. She also called for a ‘common mission’ and the involvement and support of local communities and businesses, describing them as ‘the opportunity makers’.

In a startling statistic, Greening revealed that, while in eleven boroughs of London every single child attended a Good or Excellent Ofsted-rated secondary school, in Blackpool and Knowsley children only had a 1 in 5 chance of attending a similarly rated school. Language and literacy are key areas in which the attainment gap is vast and disadvantaged areas require increased input, and as such are a priority in Greening’s plans.

The government has committed to closing the attainment gap in schools by “making sure every school child is at a good school where they can achieve their full potential.” This includes actions such as identifying children getting left behind when it comes to their language skills, supporting and involving parents and investing in teacher training.

This is, of course, not a completely new idea. In fact, our subscribing schools are already working to close the attainment gap; our packages are used to identify and meet children’s language needs, engage and inform parents on consolidating language at home, and upskill learning support staff. Just this academic year since September 2017, over 129000 of our assessments have been conducted by our UK schools, and 7000 intervention groups have already been begun (a number which is sure to rise as this term progresses), showing that schools are already implementing tools to ensure that no child is getting left behind.

This early assessment and intervention also provides an evidence base which enables young people to get the support that they need, at Primary school but also throughout their academic life, which brings us on to the next point of the plan.

The Sutton Trust, who are committed to improving social mobility for young people, have long been calling for the government to “develop a national programme for highly able state pupils, with ring-fenced funding to support evidence based activities and tracking of pupils’ progress” (2017 Mobility Manifesto).

In her launch speech, Justine Greening cited the Sutton Trust’s long called-for recommendation, and revealed her plan to dedicate £23 million to the Future Talent programme “for those bright children from less well-off backgrounds who need a bit of extra help to fulfil their potential”.

Calling it the “greatest shake-up of Technical Education in 70 years”, Greening acknowledged the issues with the consistency, quality and worth of vocational and technical qualifications in FE, and announced the brand-new T-Levels.

A high-quality and employment-focused alternative to A-Levels, T-Levels will ensure that students can be confident that they are completing a course which holds value to employers and leads to the job roles which they aspire to. £500 million of investment every year will be invested in the new qualifications, alongside continued investment in apprentices.

Greening suggested that, until now, enough support and guidance for both people entering the workplace and those in work was not provided. This, she argues, means that people get stuck in low paying jobs without progression because they don’t get on the career path of their choice and “lack the networks, the smart advice, the life skills and the confidence that employers look for.” And, as Greening points out, “you can’t aim for an opportunity if you don’t know it exists.”

Her solution? To build new partnerships with businesses across the country, beginning with the first Skills Summit, bringing together the DFE and major employers in an opportunity to create placements, experiences, apprenticeships and training for those who need it.

“In conclusion, we all know what the prize is here. It’s every young person with opportunity on their doorstep – so they don’t have to move away from their roots to find it… This needs to be for everyone, everywhere, delivered by everybody.”