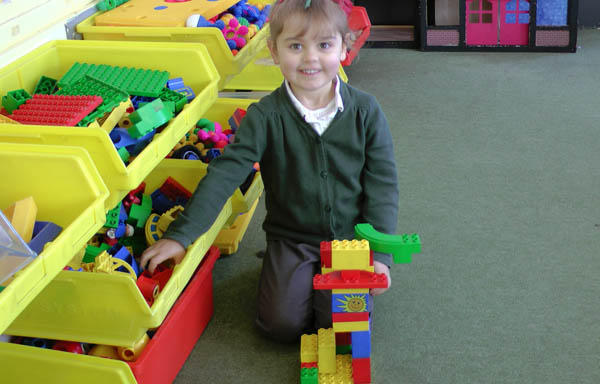 Lego® Therapy has risen in popularity over the last few years as an intervention for children with social communication difficulties. The therapy was devised by paediatric neuropsychologist Dr Daniel LeGoff, who discovered that children with Autistic Spectrum Disorder (ASD) seemed to interact positively with each other over the Lego® available in his waiting room. His research found that after following his programme of Lego® Therapy, children with ASD improved social competencies across several measures (LeGoff, 2004, 2006). Word about Lego® Therapy has spread across the globe, with Lego® clubs and Lego®-based therapy programmes popping up in clinics and schools in many parts of the U.K.

What happens in Lego®-based Therapy?

The visible goal of the Lego®-based therapy session is to complete a Lego® building project as a ‘team.’ The actual goals of the sessions are to develop social competencies, with the facilitation of a therapist throughout the build. Children in the group (usually comprising three participants) are each assigned a role, which can be swapped during sessions or from session to session.

As you can imagine, a collaborative activity like this can potentially lead to miscommunication in a group of children. There might be the need for patience, clarification, explanation and problem-solving. Rather than the adult solving the problems, the adult takes the role of facilitator, supporting the individuals to solve the problems themselves. With a common building goal and hopefully shared enjoyment of playing with Lego®, groups like this can support the development of social interaction skills.

Lego®-based Therapy is an evidenced-based intervention for children with ASD. This means studies have been carried out that show the effectiveness of the intervention- specifically in three main areas: increasing motivation to communicate with peers, increasing ability to sustain interactions with peers and improving autistic symptoms of ‘rigidity and aloofness’ (LeGoff, 2004; Owens et al, 2008). This, coupled with the universal appeal of playing with Lego®, makes the intervention very popular with parents and professionals, as well as the young people taking part.

The added bonus of Lego®-based therapy is the potential for developing language and communication skills alongside social competencies. Individuals must become familiar with the descriptive terms needed for the different shaped/sized bricks, the positional concepts for correct placement of bricks (e.g. on the edge, underneath etc). They must also use listening skills and become used to requesting clarifying information (e.g. ‘the dark blue or the light blue?’ ‘Did you mean this one?’ ‘Where does it go?’)

There is plenty of information to be found about Lego®-based therapy online, or you may be able to discuss it with your local Speech and Language Therapy service. In my experience, Lego clubs are very popular in school! Happy building…