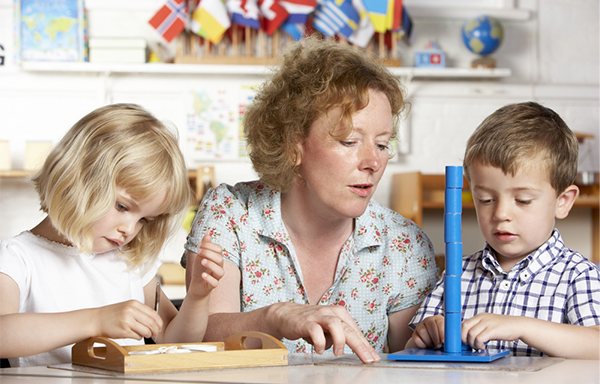 For those like me who work with children and young people with SLCN, the fact that there is enormous variation in the support that is available across the country, is not new information. Many children that we work with are sadly unable to access the support that they need or have to wait a long time to receive it. This was acknowledged within the Bercow Review and again in Bercow 10 Years on, which found that for many children their difficulties are not being fully identified or supported.

On 11th June, the England Children’s Commissioner Anne Longfield published her report We need to talk: Access to speech and language therapy, which outlines the findings from her review of the spending on Speech and Language Therapy services across the country. Her aim was to bring this data together to identify where children who need support are falling through the gaps.

It was fantastic to see this receive media attention within an article by the BBC News Education Reporter  and there was an excited buzz in the Speech Link office. What is exciting about this report is that it is the first time that data has been collected to show how much local areas are spending on Speech and Language Therapy services, so a comparison can be made of different areas across the country.

The report reveals a ‘postcode lottery’ of spending which results in huge variation of support for children and young people with SLCN. Of great concern was the finding that in over half of the areas that provided information about their spending, a decrease in spending on SLT services was seen. The report concluded that about a third of children have to wait over a year to get Speech and Language Therapy support and some are unable to receive any support.

It is very concerning that almost one in five children aged five is behind in speech and language development and yet the report indicates that there has been a fall in spending on speech and language therapy in recent years. There are strong recommendations for changes to be made to government strategies and for an increase in joint funding of Speech and Language Therapy services between health and education, however we know that these changes do not happen overnight... if at all. It has been over ten years since the Bercow Review and it still does not feel that children with SLCN are being prioritised.

As local budgets face increasing pressures to make savings, services such as Speech and Language Therapy, which councils do not have a duty to provide, are the most at risk of cuts. This is despite the growing evidence of the impact of SLCN for children and the importance of the provision of early identification and intervention for children which can help to prevent other issues developing in the future, which are very costly to support. We know that early speech, language and communication difficulties are a very significant predictor of later literacy difficulties, can affect children’s academic success and the likelihood of them finding employment.

The report clearly states that teachers alone cannot be expected to provide all of the specialised help that children with SLCN need, although the reality is that school staff are under increasing pressure to both identify and support pupils with SLCN as early as possible.

Very frustratingly this is almost exactly the same picture of Speech and Language Therapy services in 2004, when Speech Link Multimedia Ltd was formed.

Derry, the SLT initially involved in developing the packages, was working within schools and feeling frustrated that she was unable to see all of the children that needed support. Often the children who had significant behavioural difficulties or very severe difficulties were the only ones that could receive support, meaning that the children with more mild or moderate difficulties, that would be able to make the most progress, weren’t seen. One of the main frustrations was that many children were being identified very late in school as they had not been identified earlier, when intervention could have been put in place to make a real difference.  More worryingly a significant number of children with difficulties were not identified at all.

The company, therefore, created a system that would screen all children so that they could be identified early in school. They wanted to ensure that no children were falling through the gaps, so that all children have the opportunity to meet their potential, both academically and socially. Following this, they wanted to ensure that school staff knew what to do next, once the children that needed support had been identified. The packages allow school staff to identify different levels of pupils; children that have difficulties but should progress with quality first teaching strategies within the classroom, those who would benefit from targeted intervention packages in school and those who need more specialist advice and support from a Speech and Language Therapist. This means that the correct children are identified for support meaning that time (and money) goes to the children that really need it and this ultimately reduces pressures on SLT services.