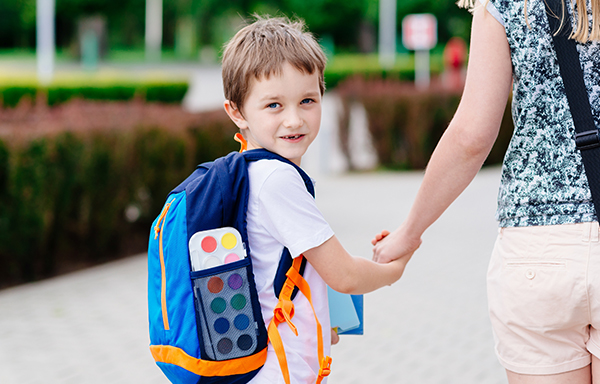 Paddy candidly talked about his experience and understanding of ‘autism’ before his children were diagnosed, the preconceptions and stigma associated with a diagnosis and the longer-term implications for the family.

Some key themes were prevalent throughout the documentary:

Paddy talked about the preconceived ideas of Autism Spectrum Conditions (ASC) that can limit understanding, stigmatise or try and assume a ‘cause’. The notion that people with autism are ‘good at computers’ or that ‘they don’t understand other people’s emotions’ can be sweeping judgements that detract from the spectrum of strengths and challenges felt by people with ASC. Dr. Simon Baron Cohen discussed the genetic factors, explaining that, so far, studies have shown 100 genes are associated with ASC and myth-busting the idea that ASC is related to early childhood vaccines.

There is no finite ‘test’ to confirm or deny the presence of ASC; diagnosis is built holistically, by looking at a range of information, through interview and observation. ‘Masking’ was discussed, whereby people with ASC (and notably, females) learn social rules to fit in, thereby hiding their underlying anxieties and difficulties understanding social situations.

Neither is there a finite set of rules or strategies which is successful for every child with diagnosis in school. Paddy visited a secondary school where staff and pupils were given opportunities to understand the varying presentations of autism, to accept and celebrate differences, thus adapting the environment for all to succeed.

Paddy talked about the layers of judgement that he feels as a parent – for example, realising his child was malnourished due to difficulties with food texture, colour and flavour. The feeling of being judged in a supermarket when his son reacted to a hand dryer. These negative reactions had resulted in social withdrawal, as he and his wife actively avoided situations where there was unpredictability or a fear of being judged

Fear and anxiety, over and above that of parenting a ‘neurotypical child’ were prevalent. Paddy initially reported that the fear of what the diagnosis meant, resulted in a ‘shutdown’ in conversation of discussion about the diagnosis. He threw himself into work, impacting on the relationship between him and his wife, who was keen to discuss the ramifications of the diagnosis and what they could do next. Paddy talked about being ‘trapped’ by fear – a sensation that is often cited in the grief process

Fear for the future was a theme that ran through the documentary, with particular milestones such as the transition to secondary school and independent living being two such times.

For the McGuinness family, the antidote to fear appeared to be seeking answers to their questions, from credible sources, at an opportune time in their acceptance process.  At the end of the documentary, Paddy commented that whilst he felt fear, this was part of parenting, and his overarching feeling was excitement for the future.

With information came an understanding of the strengths and challenges of having a child with ASC and a greater awareness of the different faces of ASC; In turn, Christine McGuiness was able to then consider difficulties she had masked all her life and ultimately received a diagnosis of ASC.

For the family, the documentary prompted a conversation that resulted in a more positive and realistic vision for the future: “The idea of autism affected me more than the reality”. This led to the idea that “my child is still the same person they were before the diagnosis”.

The documentary was both heartfelt and eye-opening for the watcher, with an overarching message: Public understanding and acceptance is the key to ensuring that all people living with ASD can feel valued for their ability to think differently and feel safe to be who they are. This generational change will not come easily but shifts are happening

Some of the themes touched on during the documentary will have resonated both with families with a person with ASC, but also to families with children with SLCN, perhaps prompting the question: “Is this SLCN or ASC?”

There is considerable overlap between these conditions, and they can also exist side by side. Difficulties with social understanding, give and take in social interaction and in non-verbal communication such as eye contact and facial expressions are prevalent in both ASC and SLCN.

The BBC has provided a wealth of information and resources relating to this documentary on the BBC Bitesize portal, including specific information about SEND and Speech and Language.