What is speech, language, and communication needs (SLCN)? 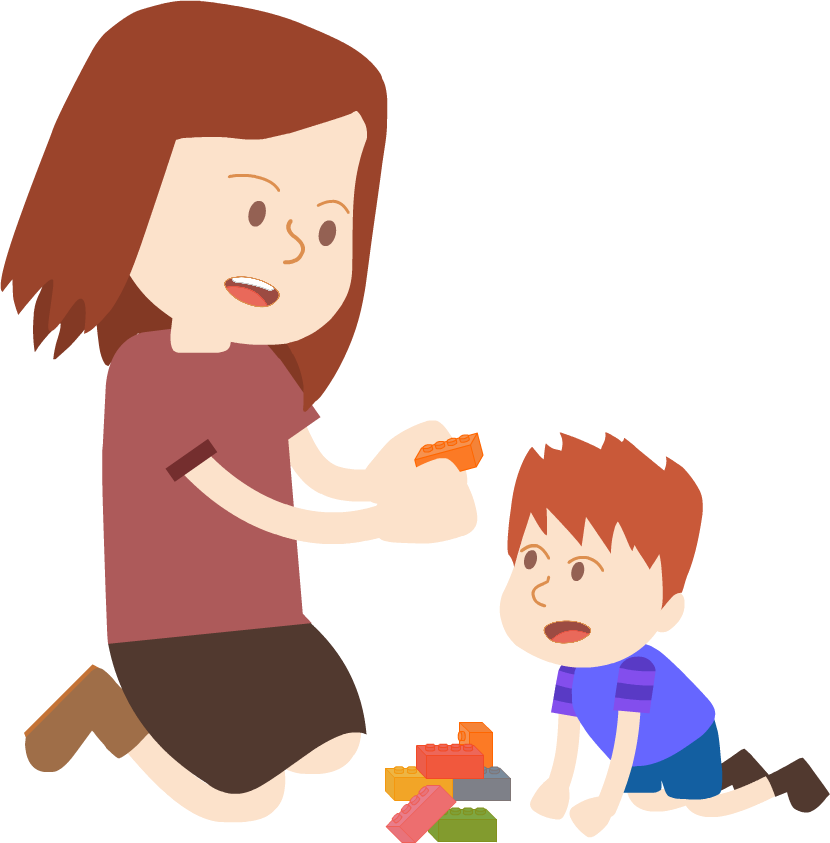 Speech and language skills are absolutely fundamental to our wellbeing and success in life. We use these skills constantly to communicate our wants and needs to others, to collaborate and negotiate, and to build strong bonds with other people. Language skills are also important for our learning. In schools and at home, we learn new skills and acquire new knowledge by listening to others talking and reading written language. The demands on language skills only increase as children get older and progress through their education.

It’s often easy to identify children who have difficulties with unclear speech, as you will find it difficult to understand their talking, and your child may be frustrated when their speech is not understood. Language, on the other hand, can be a hidden difficulty which is harder to identify as we often can’t observe whether someone has or hasn’t understood.

Top Tips for talking with your child: Introduction 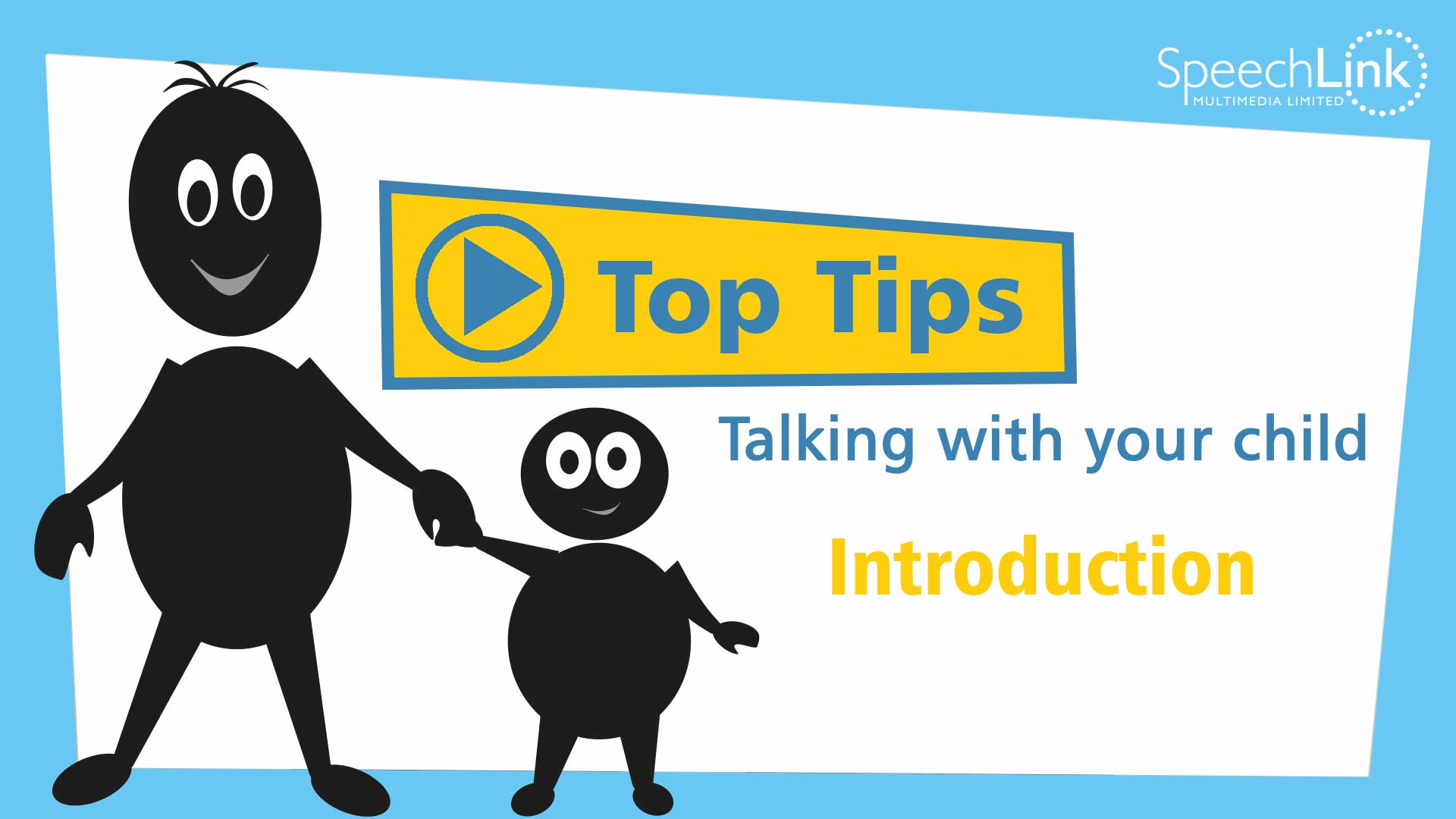 Sophie explains why speech and language skills are so important to your child. 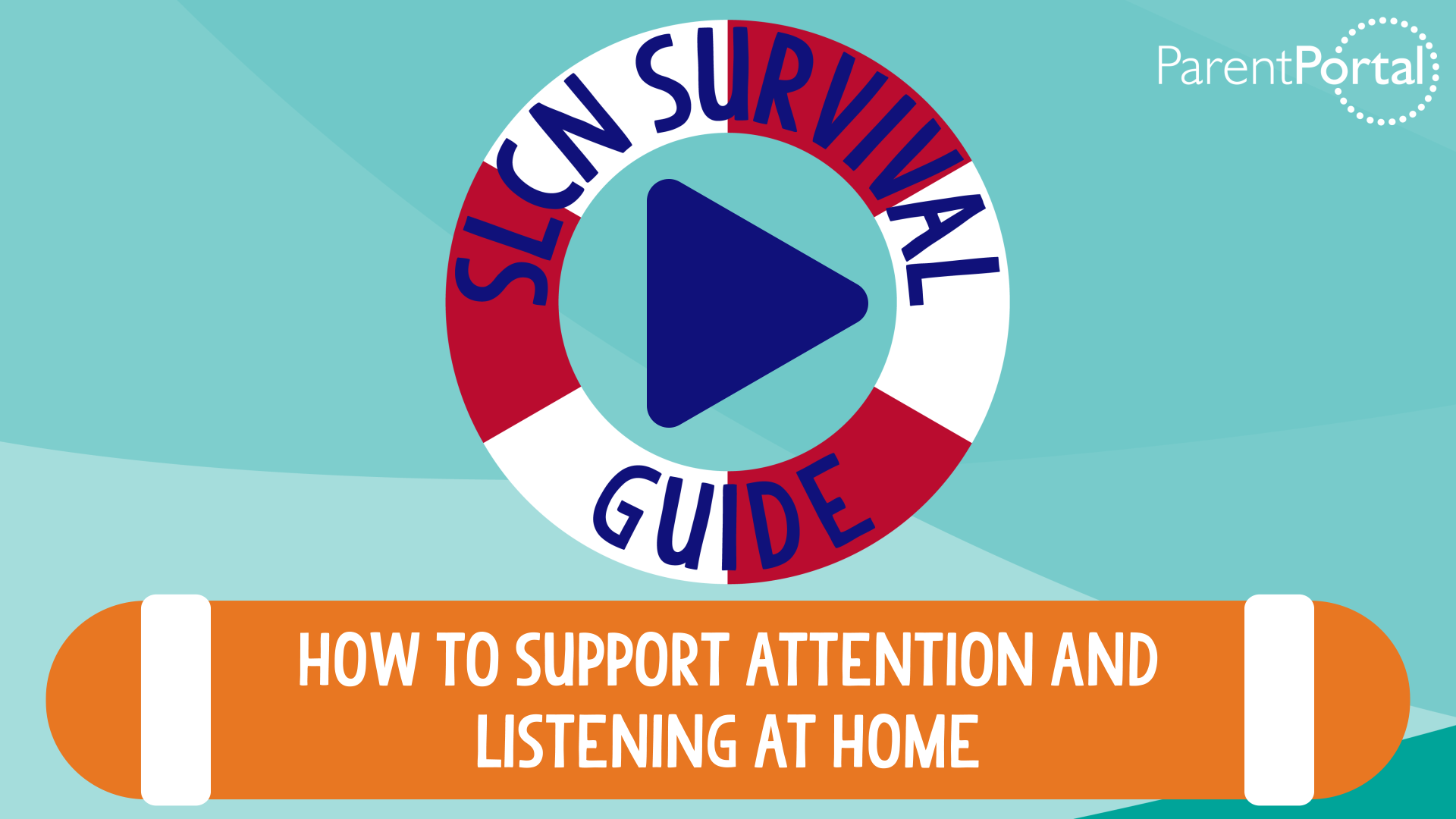 SLCN Survival Guide 1 - How to Support Attention and Listening Being able to focus on school-work at home can be really tricky for children. Louise shares her top tips for supporting these skills at home. 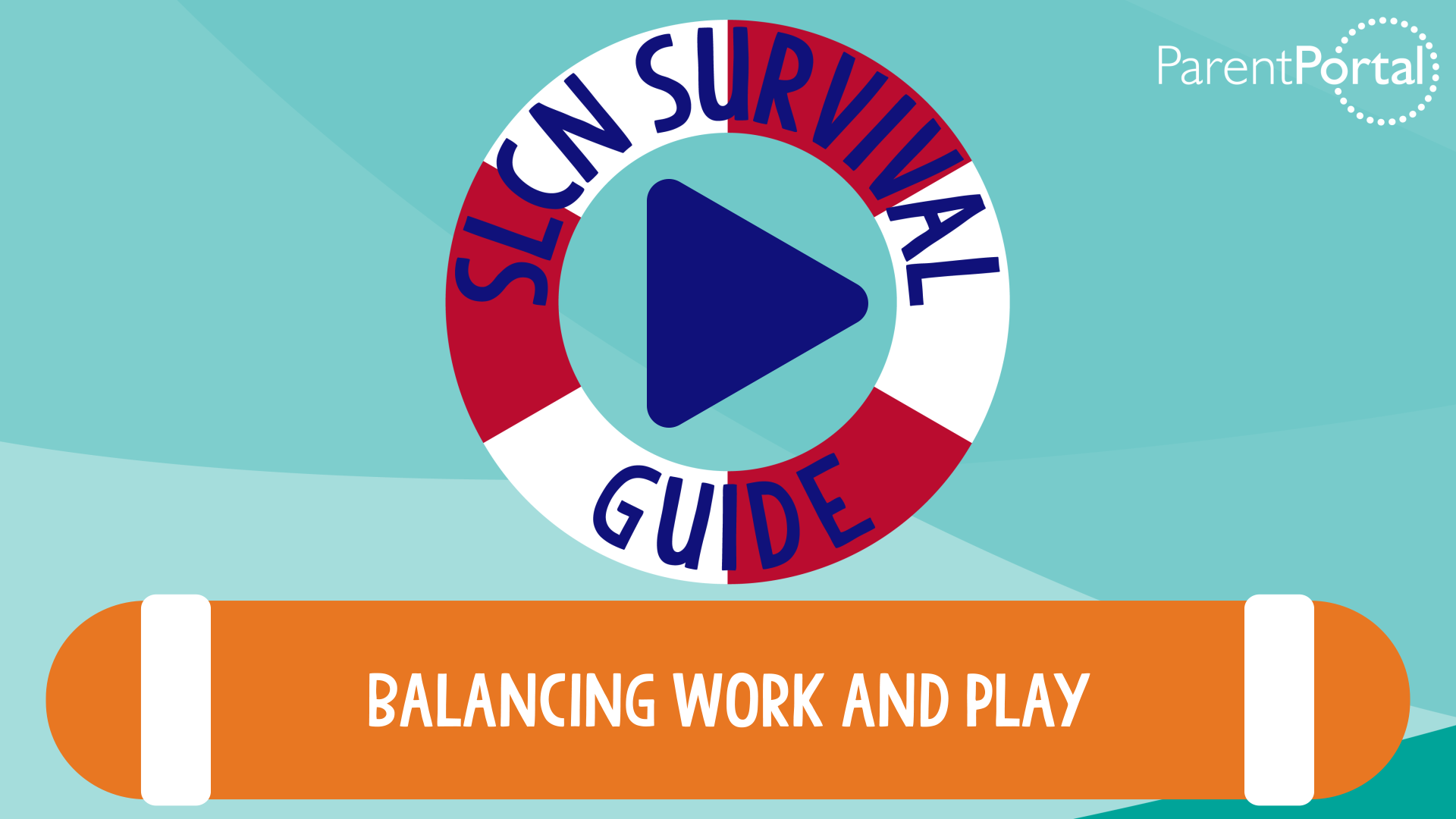 SLCN Survival Guide 2 - Balancing Work and Play Finding it hard to get a balance between work and play at home for your child? Kate Freeman shares her top tips for achieving a better balance for all. 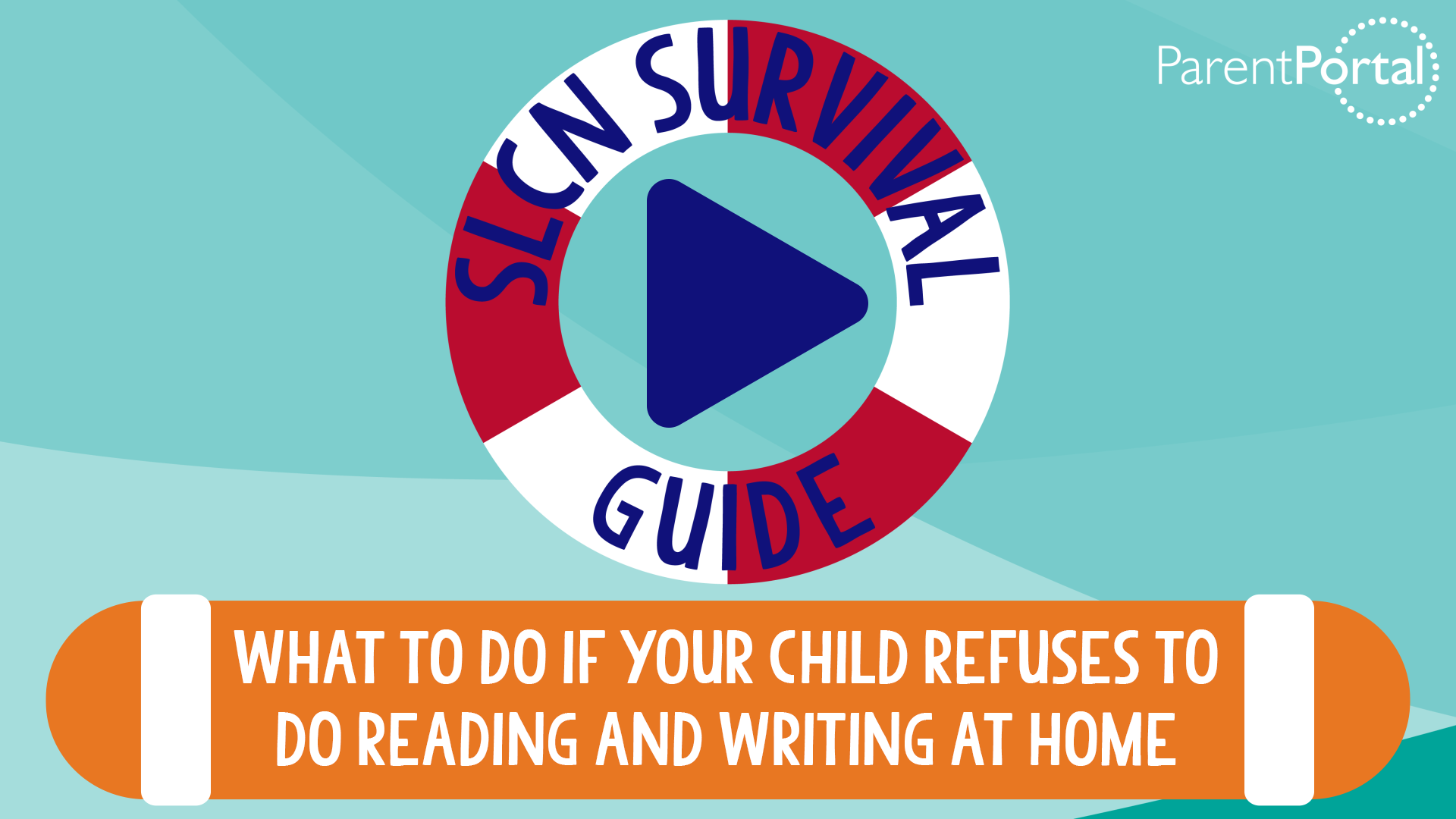 SLCN Survival Guide 3 - What to do if your child refuses to do reading and writing at home Children with speech and language difficulties often find reading and writing really hard. Louise discusses the best ways to support your child's literacy skills at home, even if they are refusing to read and write! 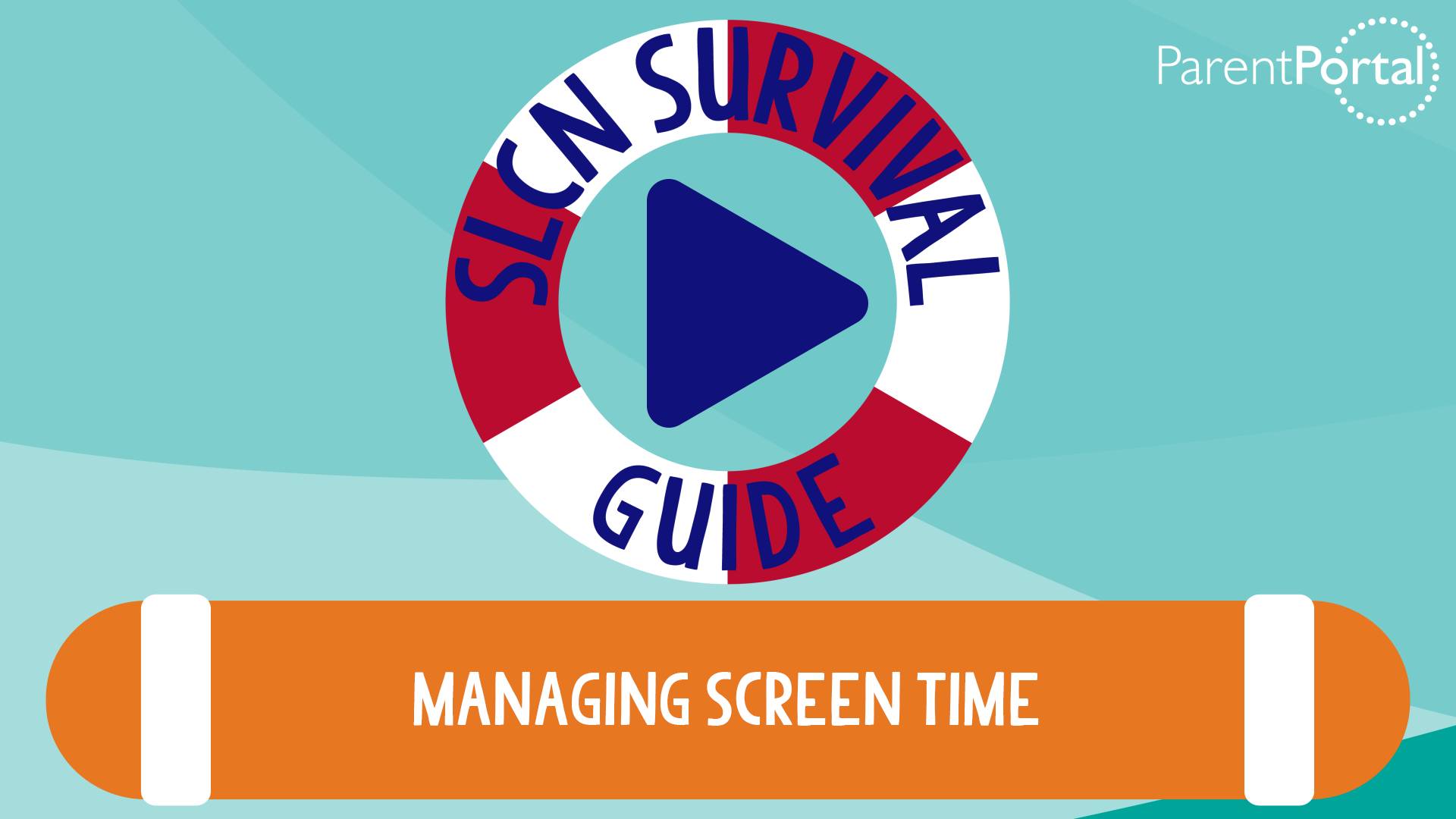 SLCN Survival Guide 4 - Managing Screen Time Children (and us as adults) can end up spending a lot of time in front of screens, particularly during lockdown. Kate Freeman discusses how to manage this at home to try and achieve a better balance. 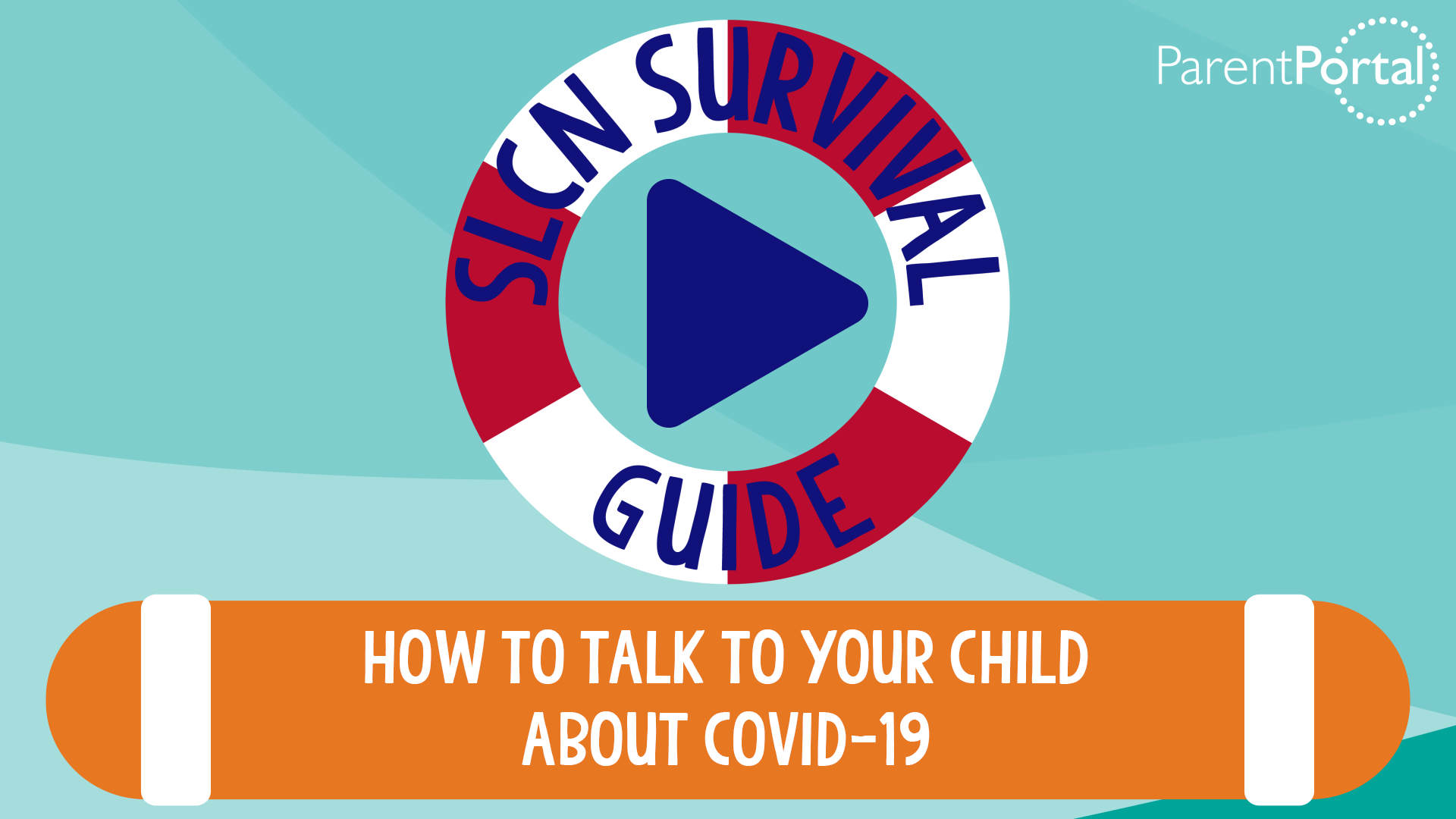 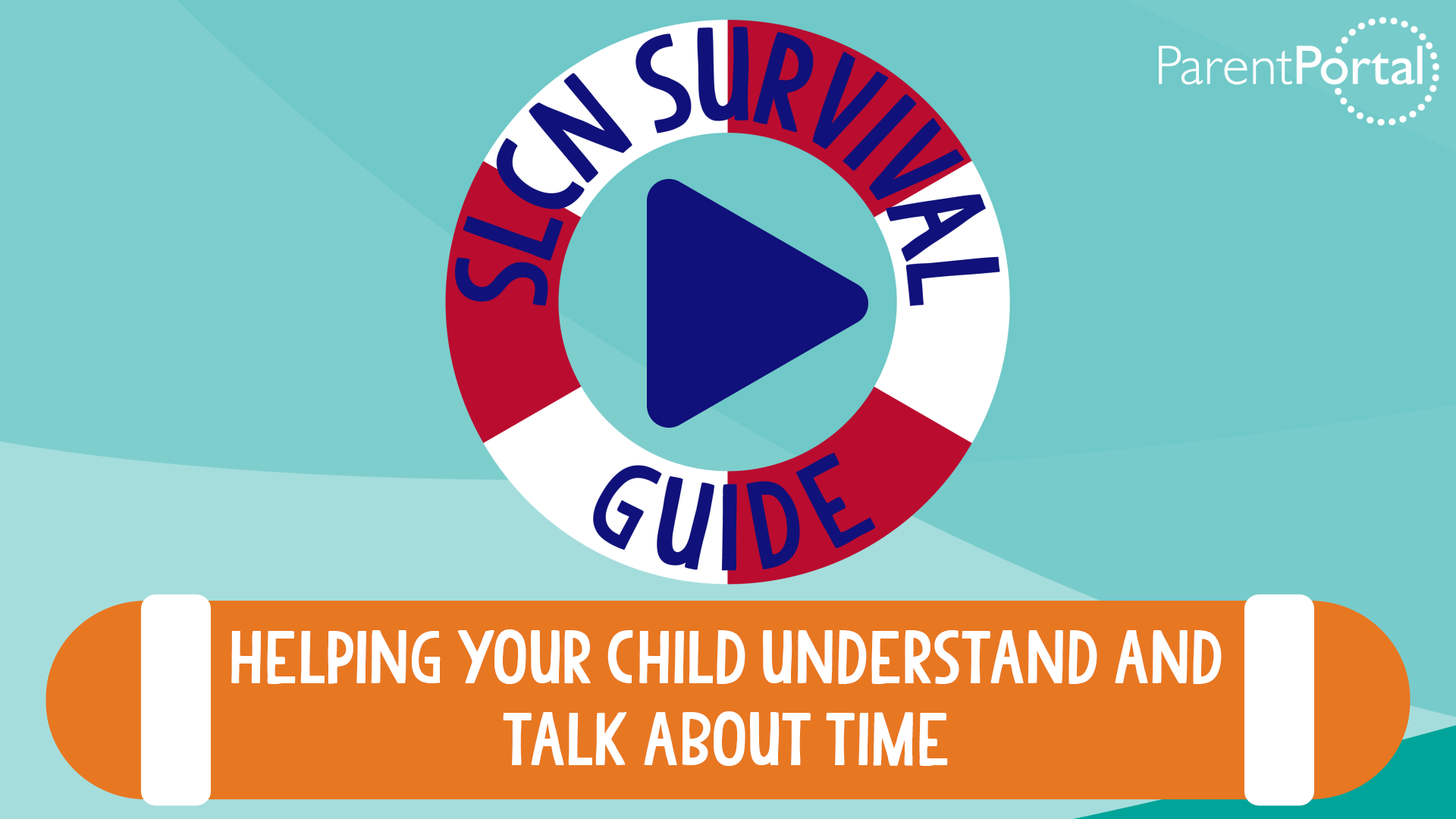 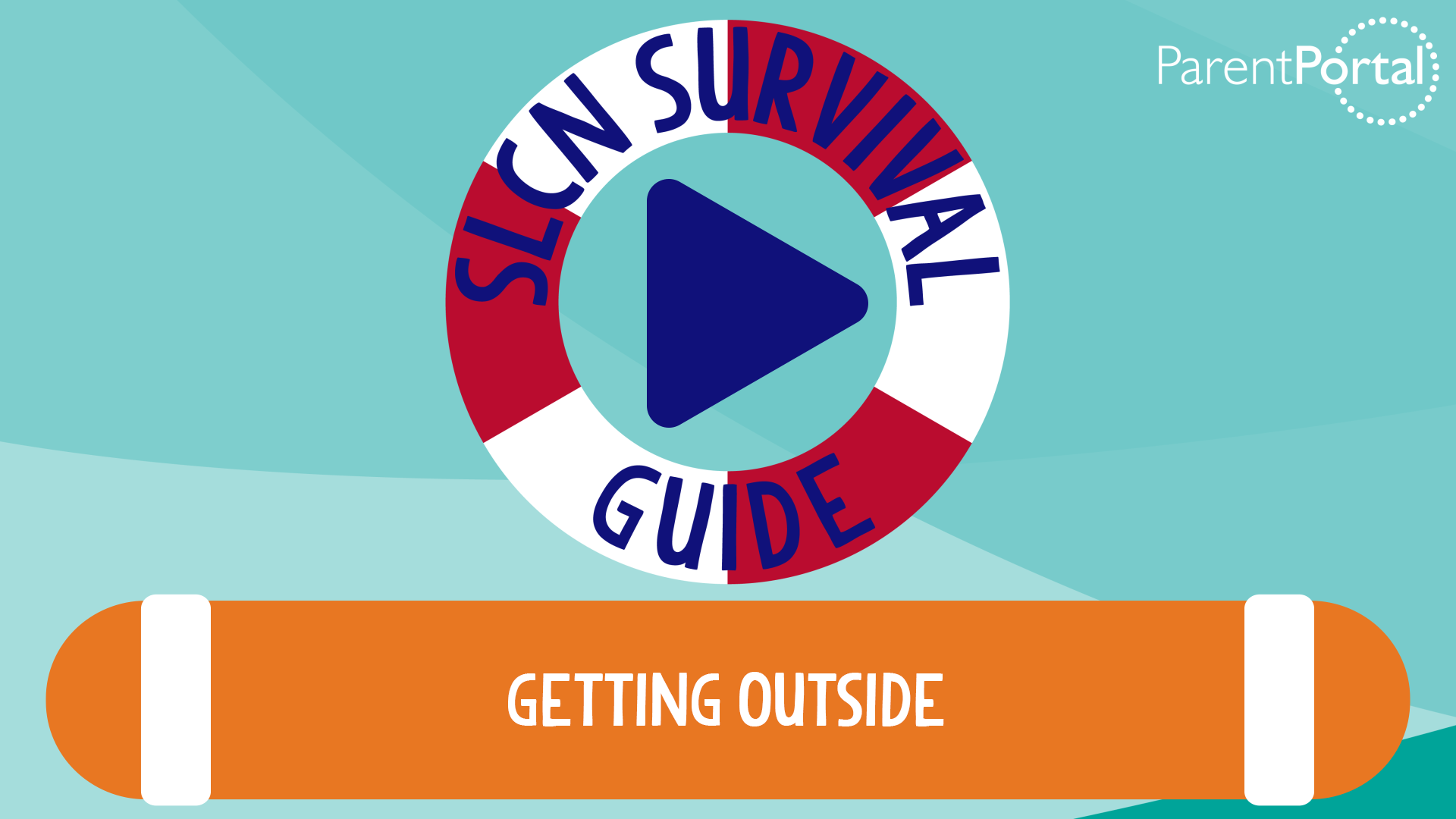 SLCN Survival Guide 7 - Getting Outside Regularly getting outside is really important for our physical and mental well-being, and Kate Freeman gives her top tips for enjoying the outdoors, whatever the weather! 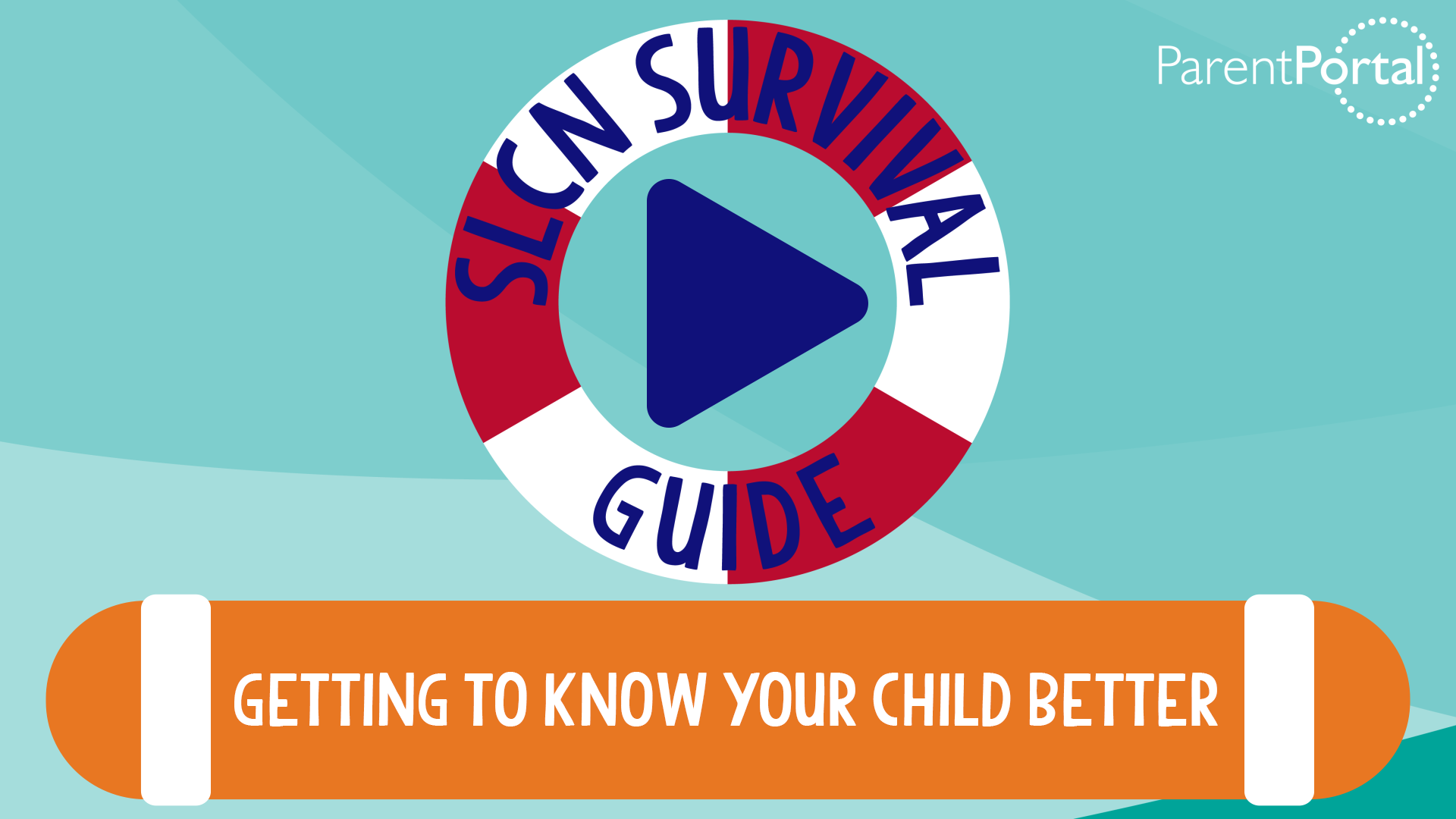 SLCN Survival Guide 8 - Getting to Know your Child Better Kate Freeman looks at the positives of having more time at home with our children and using this time to get to know them better. 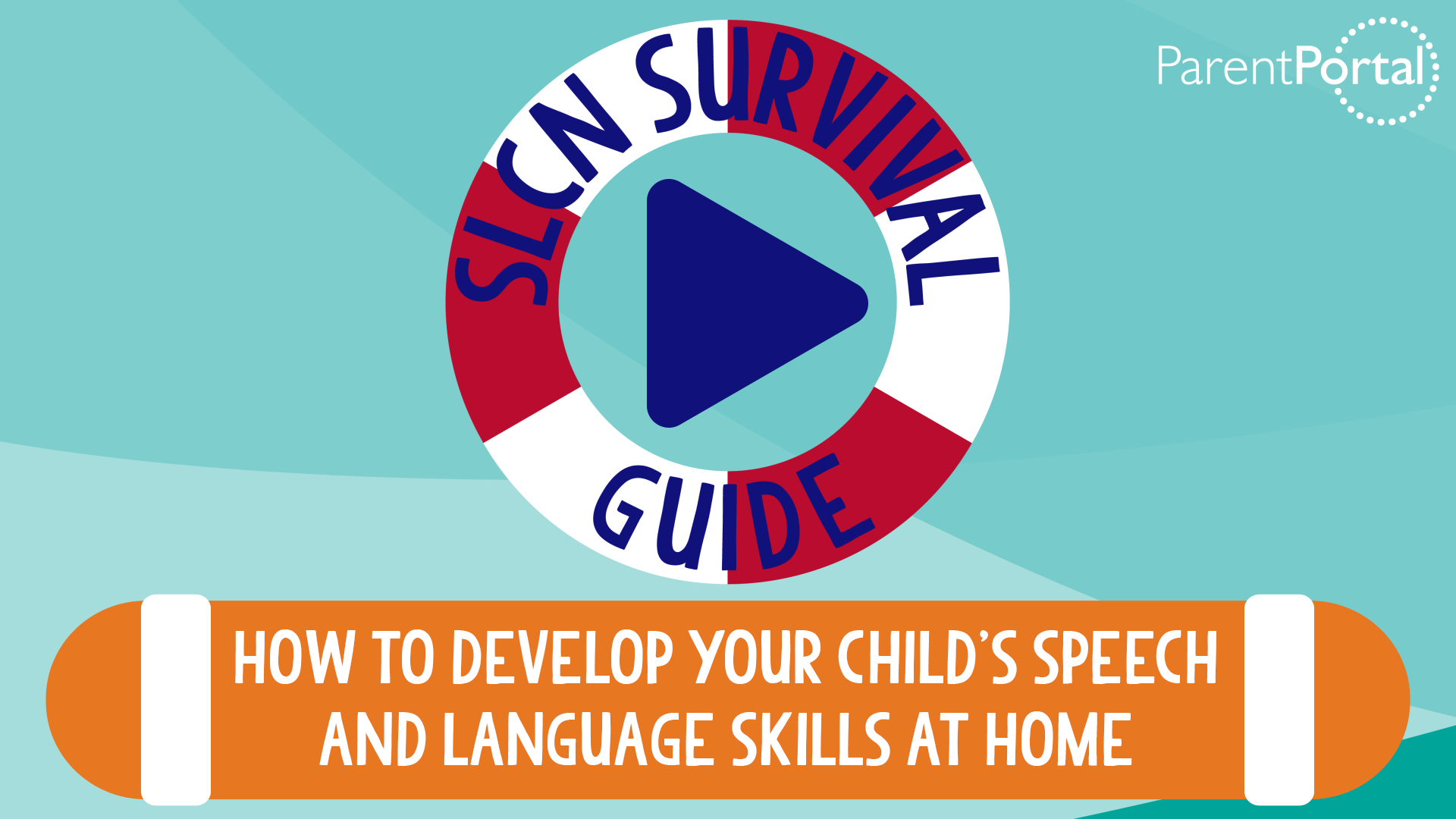 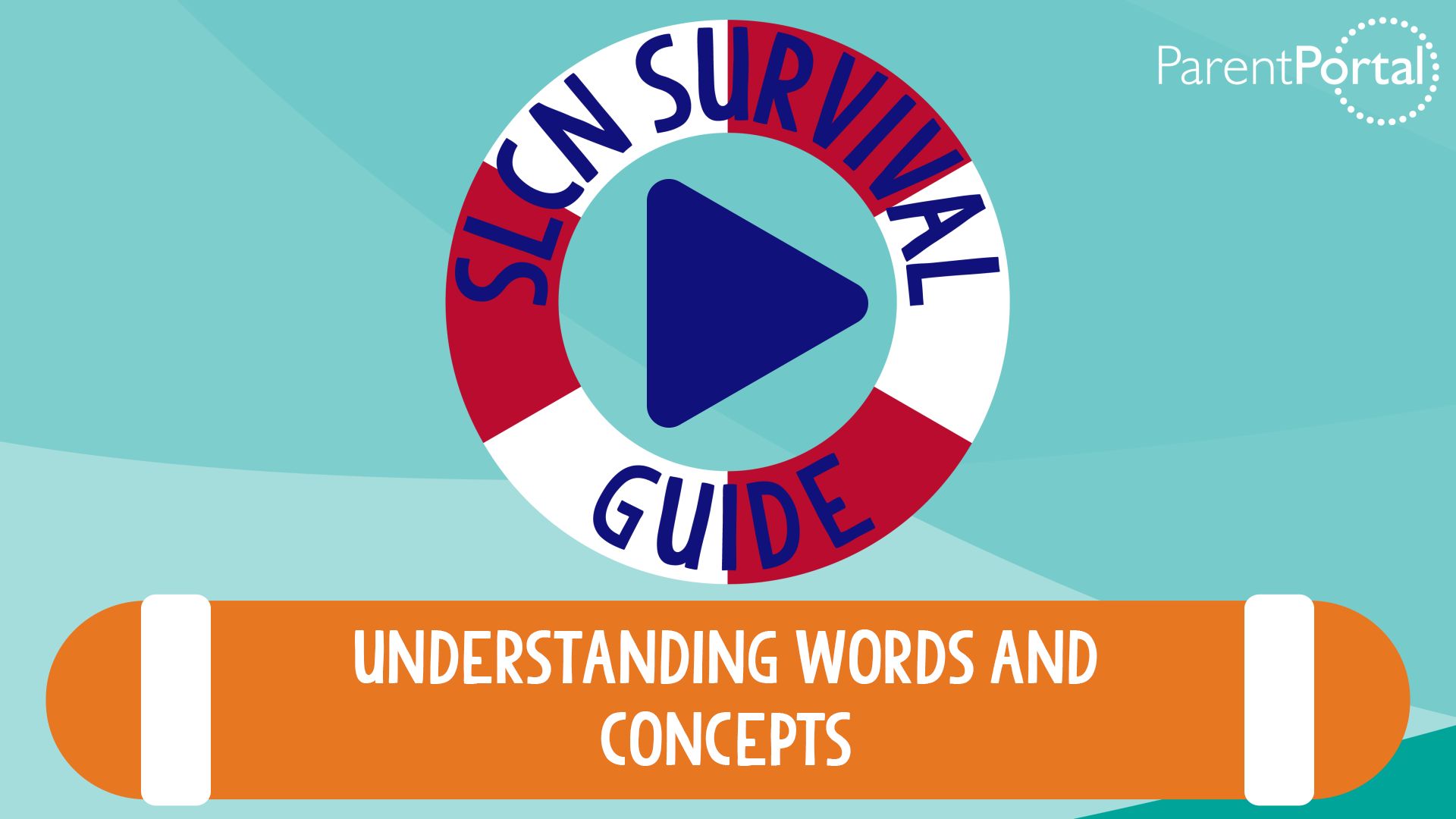 SLCN Survival Guide 10 - Understanding Words and Concepts In learning at home, children will often come across new words that they don't understand. Kate Freeman talks about the best ways to support your child to understand and learn new words.

The word ‘speech’ can sometimes be a bit ambiguous. We use the word ‘speech’ every day to refer to the general concept of somebody talking. However, when we talk, we are really drawing on lots of different skills. We use language to choose the right words and put them in the right order to construct our message, and we use speech to produce the sounds needed to make up those words so we can transmit a message from our mouths to somebody else’s ears. In speech and language therapy, what we mean by ‘speech’ is the physical production of sounds (knowing the words and the right order to put them in are language skills). The production of speech sounds is a really complex process which involves the coordination of our brain, breathing, voice box and finely controlled movements of our articulators (e.g. our lips, tongue and palate).

Speech and language therapists often say that producing clear speech sounds is ‘the icing on the cake’. We need to have a good foundation of language skills in order to have something to say before we worry about producing speech sounds clearly. For this reason, as a general rule we always recommend that a child’s language needs are identified and addressed before we start working on their production of speech sounds.

The accurate production of speech sounds is a skill which develops over time – children will take many years to learn how to produce all of the speech sounds which an adult speaker can produce. It is normal for children to make lots of errors as they develop speech skills. In the early stages, what sound like mistakes are attempts to make the words easier to say. At first, they will only have a limited range of sounds that they can produce. As their fine motor skills and listening and monitoring skills develop, they will be able to produce a wider range of sounds and their speech will become clearer.

When your child is talking you will be able to hear if they are making speech production errors because their speech will be unclear and difficult for you to understand. Children with speech sound difficulties often feel very frustrated when other people are not able to understand their speech. Parents will usually be able to understand much more of what their child is saying than other adults can, because they spend so much more time with their child and are very attuned to their needs. For the first two years it is normal for only familiar adults to be able to understand a child’s speech. By the time children go to school their speech should, for the most part, be clear and intelligible with only occasional errors with words or sounds. Remember – if you have any concerns about your child’s speech and/or language skills you should talk to your child’s school in the first instance.

We have put together some activities which can be used with children who may have speech sound difficulties. The activities focus on listening to sounds. This is an important first step for all children’s speech sound development. Children need to be able to hear the difference between speech sounds (also called phonemes), and be able to process and manipulate the sounds in words before they will be able to use those sounds in their own speech.

These activities will also be useful for children who are learning to read and write. Children who have speech sound difficulties often struggle with processing sounds and this can put them at high risk for reading and spelling problems. Developing a child’s listening and sound processing (also called phonological awareness) skills provides a crucial foundation for developing their literacy skills.

If you are concerned about your child’s speech skills:

It is important that you talk to your child’s teacher and/or the school SENCo if you are concerned. With early intervention and support, most children starting school with speech difficulties can overcome them. The first thing that will need to be checked is your child’s hearing. This can be done through school or your GP.

When we are talking about language, we mean the words and sentences that we understand and use to communicate. It is one of the most important skills that we will ever learn as nearly everything we do at home, school and work requires us to communicate with our families, friends and colleagues. Children need to develop their language skills in order to understand and communicate successfully with adults and their peers, which will support them to develop and maintain relationships. Good language skills support thinking and problem-solving skills, enabling children to access learning across all lessons in school.

Developing a good understanding and use of language are critical first steps for developing speech sound skills and are the basis for learning to read and write, which underpins all learning. 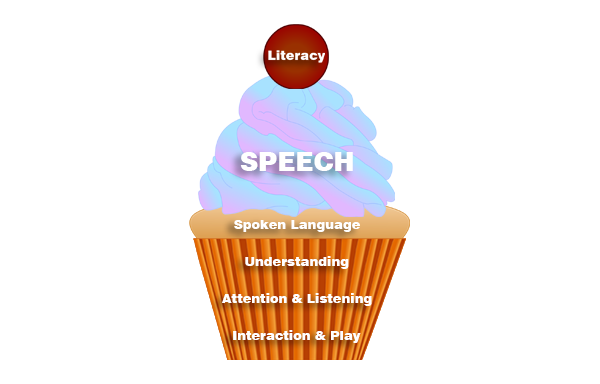 If a child has difficulties understanding language, they may find it difficult to understand the meaning of different words and concepts such as ‘first’ and ‘last’. This will mean that they find it difficult to make sense of what is being said to them in order to respond successfully. They may have difficulty following instructions and directions correctly, which will impact on their ability to understand what they need to do for a task or game. It can be difficult to tell if a child is having difficulty understanding as it is not something that you can easily see. Children often use strategies such as copying other children, guessing from the familiar routine or context and using gestures or non-verbal clues, such as pointing, to appear like they have understood.

If a child has difficulties using spoken language, they will have difficulty using words and sentences to express their thoughts and ideas successfully. They may have difficulty finding the words that they want to use or structuring their sentence correctly, with their words in the correct order. This can affect their ability to communicate with others and will transfer to their written work.

If you are concerned about your child’s language skills:

Here are a few ideas for developing language and encouraging talking at home: 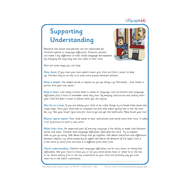 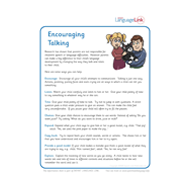 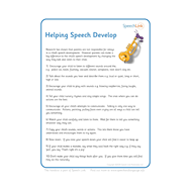