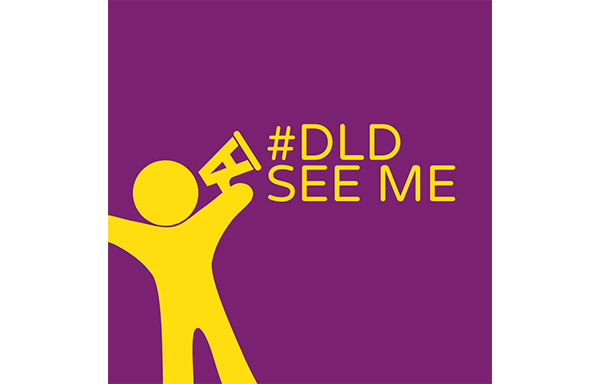 Developmental Language Disorder (DLD) is a diagnostic term which was first launched in 2017 to describe severe and long-term language difficulties which are not related to another condition. It replaced several other terms which were being used up until that point, so that Speech and Language Therapists nationally, and indeed globally, were using a consistent term to describe this disorder. Previously, these difficulties were most commonly known as Specific Language Impairment.

Children who have DLD will have significant difficulties with understanding and/or using language and it will affect both their spoken and written language skills. These difficulties will be persistent, starting in early childhood, and continuing throughout childhood and adolescence into adulthood. A diagnosis of DLD will not be appropriate for a child who has another condition which affects their communication skills (such as Autism Spectrum Disorder, ASD).

Children with DLD often have a poor prognosis because, but their language skills are significantly below what would be expected for their age. This impacts on their ability to access education, their social functioning, and their ability to communicate their ideas and needs. The effects of DLD are far-reaching, and research has found links between DLD and:

Despite the profound impact of DLD, it is often referred to as a ‘hidden difficulty’. This is because DLD is very difficult to spot by observation alone, and children and young people with DLD are very adept at masking their difficulties. After all, no child likes to be picked out as different from their peers or have it noticed that they are struggling. But while it’s difficult to spot, children with DLD can make good progress to minimise the impact of their condition if they receive the right support.

For these children to have the best prognosis they need to receive appropriate early intervention, and that means it’s crucial to accurately identify these children’s difficulties as early as possible. Since it is very difficult to identify language difficulties by observation alone, we believe that universally screening children is a really useful tool so that we can get the right support in place as early as possible, and before children have developed entrenched secondary difficulties related to this disorder.

DLD is a common condition. Research has shown that an estimated 1 in 14 people will have DLD – that’s approximately 2 children in every classroom. DLD is more common than both ASD and ADHD. Despite this staggering statistic, DLD is still not widely known about or discussed, but in order to best support children who have DLD, that needs to change. Since 2017 there has been a huge push to raise public awareness of DLD and that battle is ongoing. In order for children at risk of DLD to have the best prognosis they will need early identification so that they can receive the right support, and that means that we need to know about DLD first of all.

International DLD Awareness Day is coming up this month on Friday 16th October 2020. This year’s theme is #DLDSeeMe. Let’s shine a light on DLD so we can help children to get the right support.

To find out more, visit www.radld.org and keep a look out for more from us at Speech Link about DLD this month.